The event will be in English with an option for German whisper translation. Where? Club of Slovene students in Vienna at Mondscheingasse 11, 1070. When? The 3rd of June at 19:30pm. 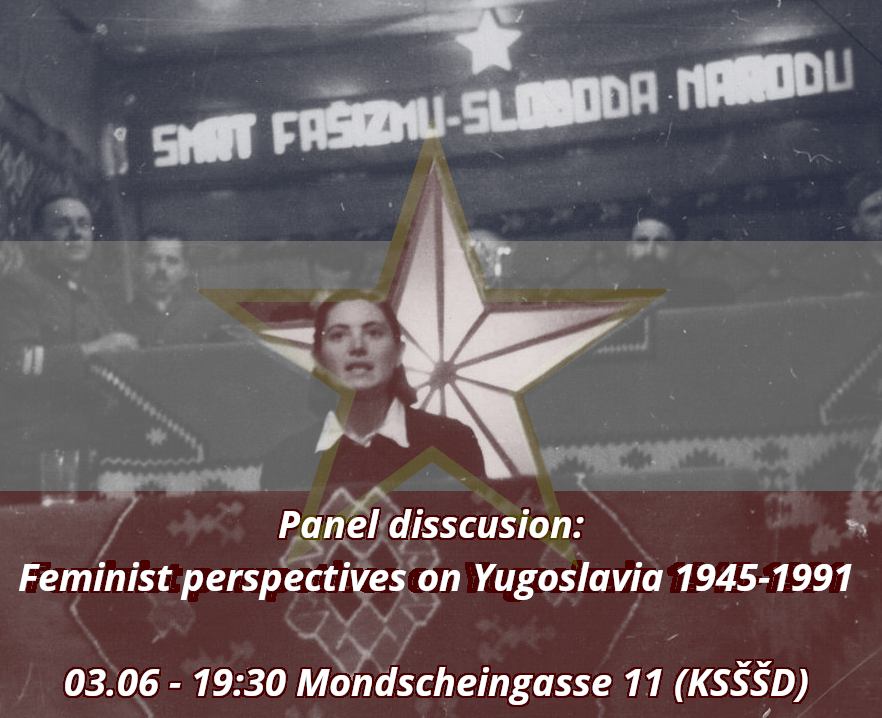 The Yugoslav state founded after the end of World War II was an attempt to create an egalitarian and democratic society. Already in 1948, Yugoslavia broke with the Soviet model and Stalinism and oriented itself towards the goal of workers’ self-government and the concept of the death of the state.
▪️
With this reorientation of society and economy, the Yugoslav state saw itself on the safe side when it came to the issue of gender equality: thus, the Yugoslav state thought it had already solved the “women’s question” in the mid-1950s and had achieved gender equality. However, this was not reflected in the real social conditions such as the division of labour and the occupation of leadership positions. The goals set with regard to gender equality were not achieved. A few years later, the ruling communist party realised its failure. However, this realisation remained inconsequential.
▪️
This upcoming event will focus on the history of the socialist state of Yugoslavia with a feminist perspective and a focus on women politics of the ruling communist party.
We want to cover the beginnings of the socialist state and the feminist movements within it, the theoretical context of Yugoslav gender and labor related politics from 1945 until 1991 and also discuss the implications of the history for the feminist movements in the region today.
Therefore we invited comrades from antipolitika, an anarchist journal from the Balkans (https://antipolitika.noblogs.org/) and an ex-member of fAKTIV, a feminist collective from Zagreb, to draw possible lessons for emancipatory politics.